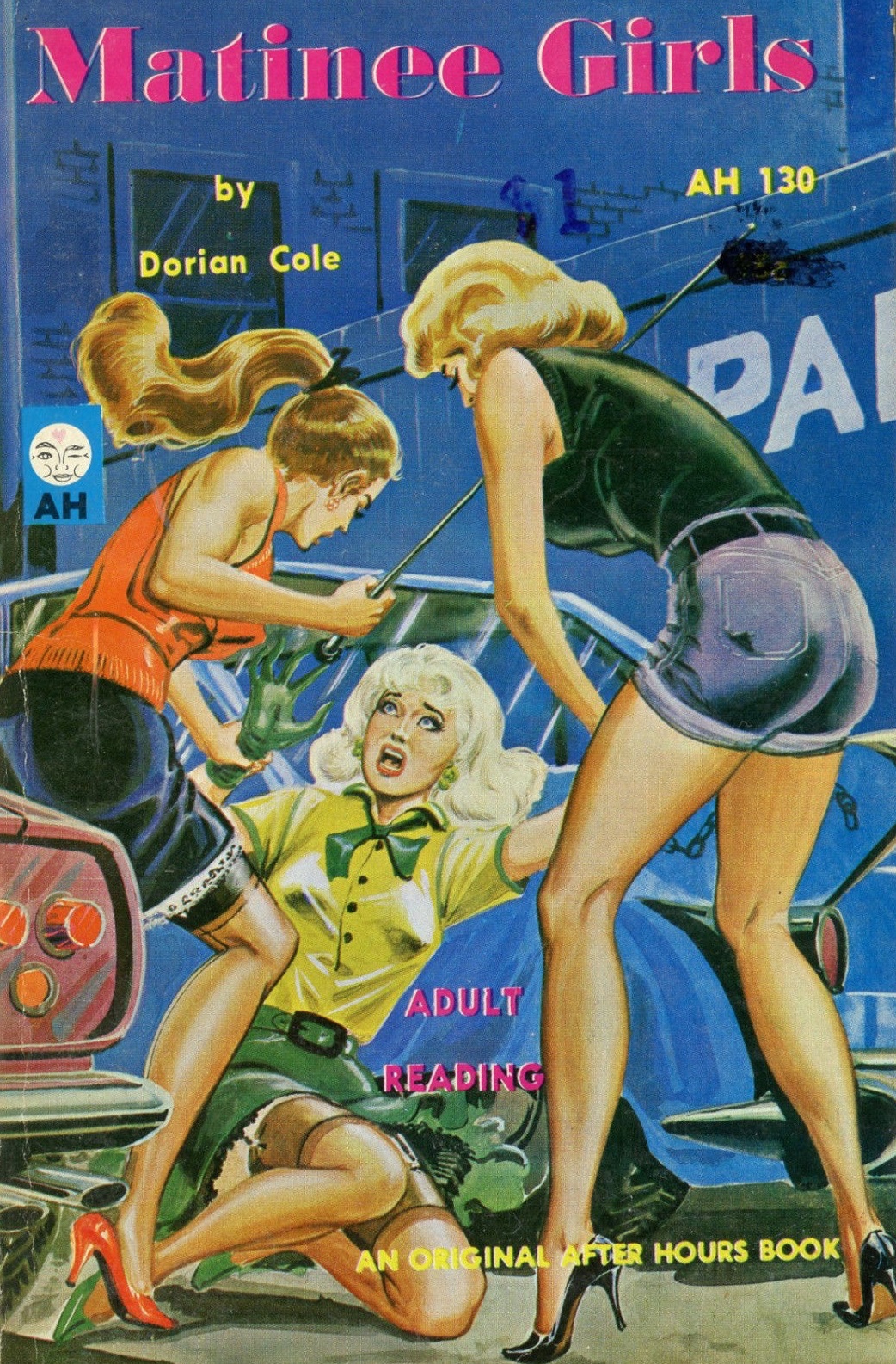 “A house of perverted women with Vivi Tremaine as the ruling she-master! Blonde, cruel, with a desire as sharp as a whip-lash, she solicited girls from her illicit strip joints. An innocent young virgin, Dorian Cole, is one of the prize discoveries. Vivi claims her as her very own, her ‘wife’ in a series of lesbian initiations that warp the girl’s attitudes until she wonders what is normal. Others in this bizarre house include demure Jinx, a passive lesbian who likes to be punished and treated like a naughty girl because it’s the only way I can make love. There is Willow, a bombshell of lewd passion who begs any girl to make me a slave and really sets out to establish a master-slave relationship that would cause anyone to cringe with shock. Mildred, a rough lesbian, dibbed butch is another queer member of the gat set. She has more power and desire than a tough lumberjack and more ways to satisfy a girl than a roomful of men. Go along with Butch and watch her in action. The behind-the-scenes story about the perverted waitresses in those swank cocktail lounges that serve as spawning grounds for abnormal urges. A vivid novel that reveals raw passions of odd females who cannot find satisfaction with men. Lesbian She-Masters”.